For example, when I embed a tweet like this, I just paste the URL onto a new line in the WordPress editor and it looks like this:

Doing the same with a Facebook link doesn’t have the same effect though (at least at the time of writing).

To see WP Embed Facebook in action check the following link (and scroll a little):

I haven’t tested it for Facebook video, page, event, album or profile embeds. The developer says that you’ll need to set up a Facebook App for at least some of those…

…but it claims it will work for those too and it worked for me for posts without creating a Facebook App.

Copy the link from the address bar on the next screen…

Now, paste it into the WordPress editor on a new line wherever you want to use it…

Bear in mind, of course, that if the plugin stops working or you deactivate it, you embedded posts will stop working as well!

For now though it seems a reasonable solution for those wanting to easily embed Facebook posts (and possibly other types of Facebook content) into their WordPress posts or pages.

Don’t want to use a plugin?

It’s possible to embed a Facebook post into WordPress without a plugin but it involves a few extra steps and fiddling with code.

I’m hopeful that at some point in the future WordPress will provide a solution where you can simply paste a Facebook URL straight into the editor, just like a tweet. 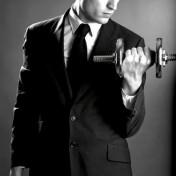 Nick is the founder of ThemeValet and WordPress developer since 2010. Got a question or just want to say hi? Hit him up on Twitter @iamnickdavis.

ThemeValet will set up your WordPress website for you so it looks exactly like the demo of the theme you bought (and wanted) without having to mess around with instructions.

(We can even add your content, brand colours and logo too).